Multi-currency mean reversion is one of the safest entry strategies available to forex traders. It has a simple definition, can be traded visually and it works very well, provided you are trading correlated currency pairs. 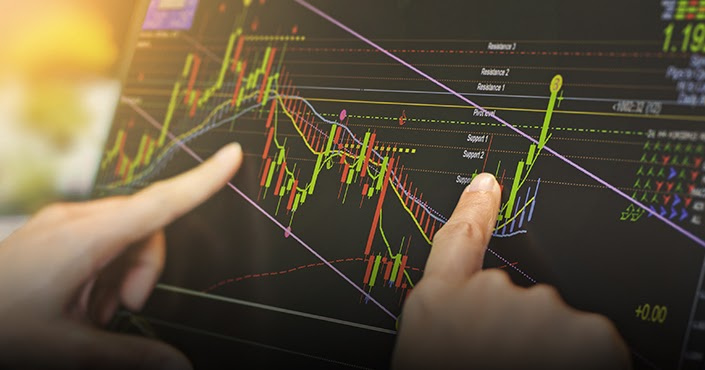 Multi-currency mean reversion, also known as statistical arbitrage, is one of the safest entry strategies available to forex traders. It has a simple definition, can be traded visually by anyone and it works very well, provided you are trading correlated currency pairs. In this post, I’ll share how I use two simple indicators to find profitable mean reversion trades, at almost no risk and without going into the mathematics of it.

Please note that mean reversion opportunities do not happen very often and works better in timeframes H1 and above. So, this strategy will not trade like a machine gun. However, it will trade well.

To trade this strategy with ease, we need the following indicators.

We’ll overlay five correlated pairs on the chart. In the above example, major EUR pairs have been overlayed, namely EURUSD, EURGBP, EURJPY, EURAUD and EURCHF. However, we can also overlay stock indices such as DJIA30, SP500, NASDAQ100, GER30 and FRA40.

But also USD pairs, such as AUDUSD, NZDUSD, GBPUSD and EURUSD.

It can also be applied to metals and other, less correlated groups.

Every once in a while, one of the correlated pairs will be overbought and other oversold, both in price and RSI terms, moment at which we’ll short the overbought and buy the oversold and profit from a mean reversion with almost no risk.

If everything checks, we just take the trade with exactly the same currency exposure on both sides. In the example above, I bought one lot of EURGBP and shorted one lot of EURJPY.

The gap will eventually be closed, and will either make us a big profit or a small loss. Optionally, we can add exposure to both instruments as the uncorrelation expands into RSI levels 70, 80 and 90, up to six trades in total -three on each symbol-.

Multi-currency mean-reversion trading is one of the safest strategies we can use to enter the market. We won’t trade very often, but we’ll trade well.