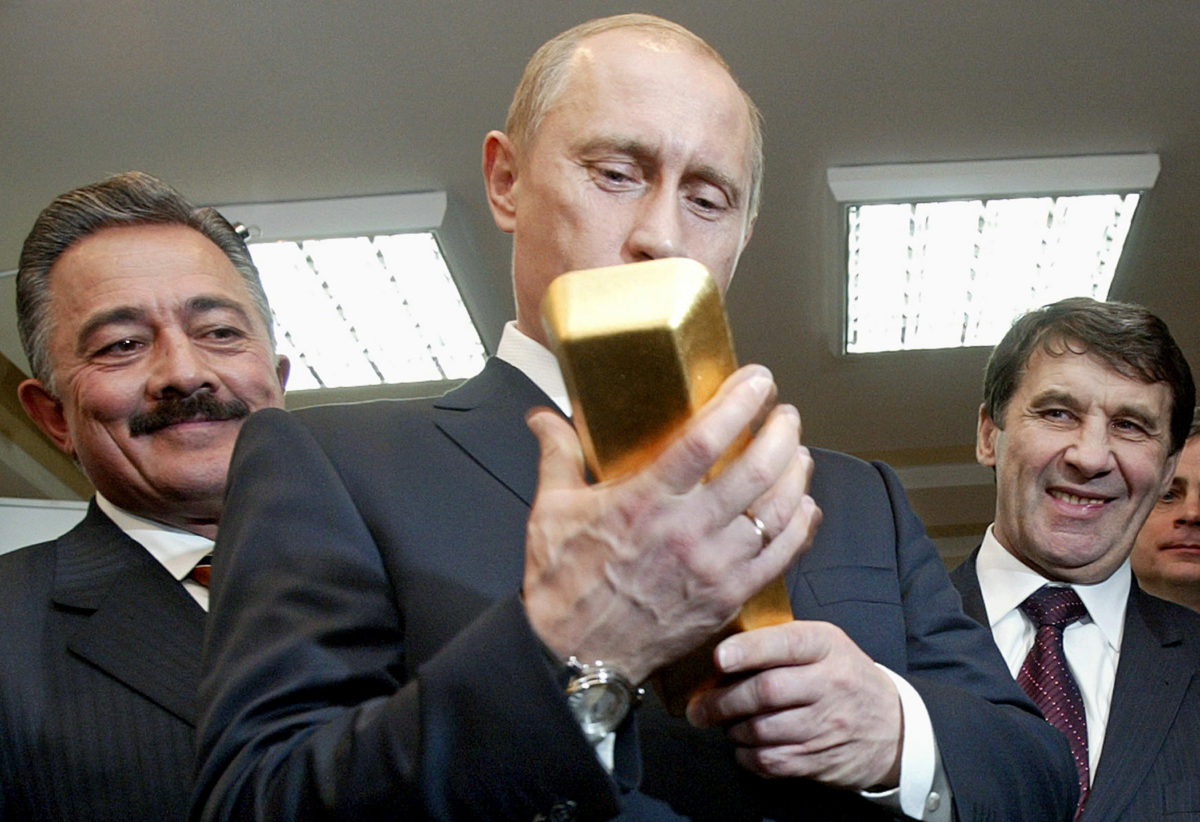 For the first time in human history, a group of governments and private companies have effectively seized the foreign currency reserve assets of a sovereign central bank. Russia has learnt, the very hard way, that only gold is money and everything else is credit. The sanctions for now do not apply to energy exports, but for how long?

This is a very dangerous precedent for international commerce. Why on earth would Russia keep exporting fossil fuels in exchange for fiat settlement knowing that they can be frozen at anytime without due process of any kind?

How long will it take for Russia to demand settlement in physical gold for its energy exports? In my opinion, not very long. Gold is the only monetary asset that has no counter party risk, and the confidence in fiat for international commerce has been completely shattered and not only for the Russian Federation.

The Russian Federation has been expropriated of most of its reserve assets, but it has an ace up its sleeve. The Russian Central Bank has been stockpiling gold aggressively ever since Elvira Nabiullina, hands down the smartest central banker on earth, took office in 2013.

To put it in perspective: the Russian Debt to GDP ratio is only 20% and it has enough gold reserves to cover the national debt completely, whereas the United States could only cover 1.7% of its National Debt. Russia has a flat 13% personal income tax while the west has onerous income tax rates and still can’t balance their budgets.

With a stroke of a pen, Russia could force the re-monetization of gold and not only reclaim the value of all the assets seized but also, put all the western central banks in the equivalent of a margin call. The perfect checkmate to an economic war the west, broke,  over regulated and overtaxed, simply cannot win. Not a single shot required.

All Russia has to do is go back to a gold-backed ruble and demand all its trading partners to settle in gold for oil and gas exports, especially to those it can’t longer trust. Demand for Gold and its price would  skyrocket, cause a run on the Comex Commodities Exchange and force the western central banks to revalue Gold to a much higher price to stop to the run, making the Russian Central Bank whole and then some.

Putin can’t win a military war against the west. But with a stroke of a pen, it can completely bankrupt it by turning their currencies in confetti against gold. And the gloves are off already.

Russia has already eliminated all taxes related to the acquisition or sale of precious metals in the motherland to provide its citizens a suitable asset for long-term savings.

So, how long will it take? Let me know your opinion below.