Careful analysis of the GDP of all the European Member States, adjusted for inflation, suggest that Europe has been in a stagflationary collapse for a decade. 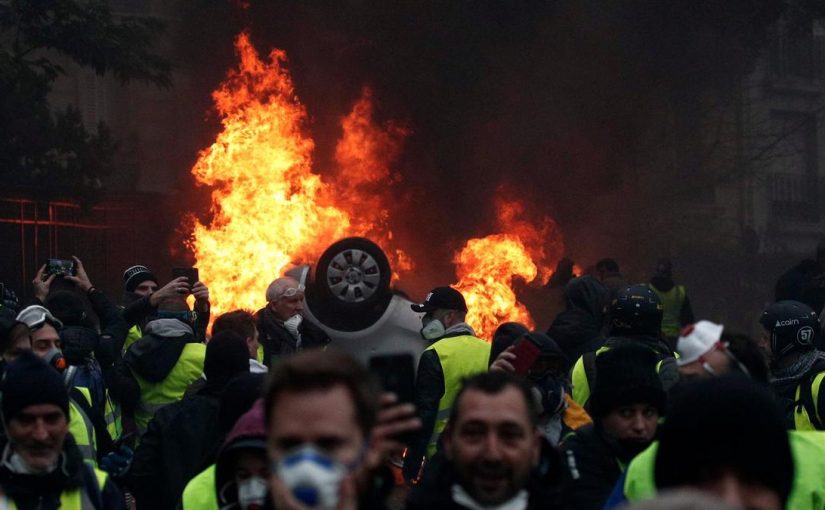 It is widely believed that the European Union and the Euro have brought prosperity and economic growth to Europe, but I am here to contend that there is nothing further from the truth, and that the mainstream definitions of recession and depression are inadequate at best and deceptive at worst.

Mainstream economists define a recession as “a period of temporary economic decline during which trade and industrial activity are reduced, generally identified by a fall in GDP in two successive quarters”, and a depression as “a severe and prolonged downturn in economic activity, that lasts three or more years or leads to a decline in GDP of at least 10 percent.”

And these definitions would be valid in a strict monetary environment or under a gold standard. But we don’t live in any of those monetary realities, but quite the opposite. Honest definitions of recession and depression should adjust the nominal GDP value to the increasing currency supply, or in other words, to classic inflation.

First let’s take a look at the rate at which the European Central Bank prints Euros.  The following chart plots the M1 Money Supply, which is total value of all the paper currency in circulation and call bank deposits in the Euro Zone.

I am sure you’ll agree with me that 100€ in the year 2000 are not worth the same as 100€ today, and why any statistical data set expressed in Euros must be weigthed against the money supply in existence.

Now let’s find out how different European countries are actually doing should we use an honest, inflation adjusted, definition of inflation, recession and depression.

Let’s start with Germany, one of the most powerful economies of the Eurozone. The following chart plots the Nominal GDP of Germany.

Wonderful, isn’t it? Europe is marvelous! Not so fast, this GDP chart is measured in Euros, not adjusted for classic inflation. When we adjust the German GDP by the inflation rate in the Eurozone, it looks like this instead.

What word would you use to describe the above real GDP trend? Prosperity, recession or depression? A temporary decline? Believers might argue that productivity increases make up the difference, but I beg to differ. The following chart plots the Total Production of German Industries adjusted for inflation during the same period.

The trend is very similar if we measure GDP in Ounzes of Gold, which is a valid proxy for the cost of living. Again, what would you use to describe the following trend? Prosperity, recession or depression?

The reality is that the real GDP of Germany has collapsed 80% since 1990, with no end in sight. But wait, some other countries should be doing fine, right? Let’s find out aggregating the GDP of all the 19 European Member states.

This chart causes mainstream economists to roll over, wet themselves and sing the praises of the European Union, the Euro and its policies. However, adjusted for inflation, the story it tells is different.

Actually, the real aggregated GDP of the 19 member states has collapsed 65% since 1995. Would you label the above chart as prosperity, recession or depression?

This is why I cringe every time Alan Greenspan appears on CNBC or Bloomberg talking about the risks of stagflation. I contend that the great stagflation is already here, unfolding right before our eyes.

The European Union member States seem to be in freefall stagflationary collapse with no end in sight. And it’s no wonder why: all the European member economies have to support the weight of not one, but two oversized government bureacracies combined with runaway inflation.

The only reason why the quality of life of Europeans has not yet collapsed, is because the European Governments keep getting into debt to pay for bloated public services and welfare programs. What could possibly go wrong?

2 thoughts on “Is Europe undergoing a decade long inflationary depression?”